Parting of the Sensory

Parting of the Sensory - Modest Mouse

So I learned today that there are exactly two reasons to play the theremin.

The first is that theremin’s are pretty sweet. It’s an instrument that you play by manipulating the oscillating electric fields surrounding the two antennae simply by moving your hands around it. In this way you can vary not only the volume, but also the pitch, using a physical principle called heterodyning.

The instrument was created in Russia following the Bolshevik revolution, and Lenin thought that they were so awesome that he had several hundred made, and Leon Theremin was made something of a national hero, as successful innovators/scientists commonly were Leninist Soviet Russia.

Theremins can be found in the music of some of my favorite artists such as Radiohead and Neutral Milk Hotel.

The second reason is Carolina Eyck: 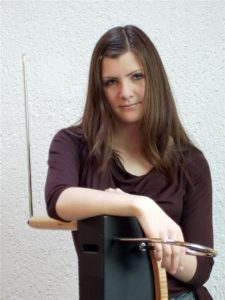 Which I do not think requires an explanation, except that the thing she’s leaning on is a theremin.