Windows 7 Was My Idea

Not really. I just needed a title.
And let’s not lie to ourselves, that’s not nearly as good of an ad campaign as Kylie’s ‘Happy Words/Happy Pictures’…

and who could forget, the legendary “Bill Gates?!” and Jerry Seinfeld ad:

But really, lets zero in on the point here: I got Windows 7 installed a little less than a month ago (October 30). After building up to my teary, tragicomic goodbye to Windows XP, Vista, petty and tepid bitch that she is, refused to install. So, XP and I sauntered on a little longer. Nonetheless, when Windows 7 showed up on my doorstep (literally, I had it mailed to me), I seized the moment and got to work right away. I’d already had several false-starts with installing Windows Vista, so I was already ready to begin the over-write of my old data (important stuff safely cached away on my external drive).

One thing I’ve had sitting up in my browser forever, was Paul Thurrott’s article which addresses a lot of fairly technical concerns I had about the upgrade process. While it is silly that Microsoft continues to be deficient in answering the questions that Thurrott thankfully covers on his page, I’m more willing to look past it now that I’ve seen how great Windows 7 actually is.

It’s not the best machine money can buy, but it’d pretty damned fast, and it runs 7 without skipping a beat. While I do miss the less-than-30-second startup the above hardware could manage with XP, but 7 manages it in just over a minute, which is still pretty awesome. And really, it doesn’t take much to beat the pants off of staring at this for around 3 minutes: 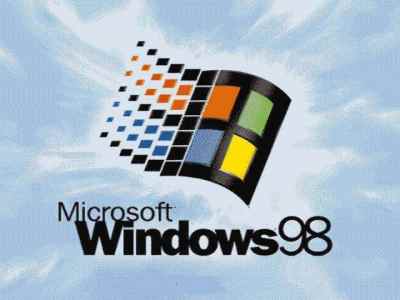 (Those Were The Days)

As I’m typing this, I just realized it’s the first blog post on the new machine! My life got pretty hectic post 7-install, and this is the first chance I’ve had to really reflect on the experience. Maybe that was for the best, because I’ve really had some time to play with it, fiddle with it, and form an educated opinion.

Under the Hood
So here’s as good of place as any for the caveat: I have logged a grand total of about 2 hours on Vista. My PC Desktop ran XP until recently, as does every University machine, so a lot of this is new to me. Explorer has been completely redesigned, which is nice. ‘Recent Places’ doesn’t cause the OS to grind to a halt, which is nice… not that I’ll ever use it: seven years of avoiding the damn thing, and paying the price for any discretion have taught me to live without it. The new feature I really like though is the idea of ‘Libraries’.

Certainly, there is utility in keeping all your music in one place, at least in terms of access. For storage and organization though, sometimes you’re constrained or would prefer to keep stuff in different places. Now, you can easily explain to Windows where all those places are, and it will rout them all into a central location for your browsing convenience!

I also like that the control panel is back to making sense again. I never got over that I could only get to ‘Add/Remove Programs’ from the category view in XP. That drove me nuts. The new configuration makes a lot more sense, and it was nice that they centralized a lot of features which used to be scattered around anywhere (I even found under Administrative Tools > System Configuration > Startup Tab, the old startup list that was the entire purpose I had for downloading Tweak UI, which is now no longer available…).

And the Start Menu! Sadly, this is a misnomer I suppose, but I think it’ll always be the Start Menu in our hearts. It’s grown up now, though. An unobtrusive little Windows Orb sitting in the task bar, you pop it open, and so many useful things spring forth! I pin my word processor other daily-use items at the top, and just let the bottom do whatever it wants. I’ve yet to have this “guess what you use often” think work that well. I actually was pleasantly surprised to find the menu totally customizable, allowing you to choose what appears, where, and how. For me, I trimmed a lot of the fat out in terms of file-access. Use Explorer when I want to find data, and I use the Start Menu for applications and customization settings.

Finally, the search feature! Whether you access it through the Win+F shortcut I’ve been relying on since Windows 98 to just search, or you use the super-snappy live-search in the Start Menu, finding stuff is about 1,000 times easier than it used to be. Whatever indexing Windows does behind the scenes does its job with flying colors, and gone are the days of waiting for the OS to drudge through countless gigantic system files on a fruitless search for whatever you wanted. This is one of those no-brainers that simply having it work saves so much time and frustration that I almost start to think the damn thing is worth the price tag.

User Experience
Microsoft really stepped up their game here, because 7 looks slick as hell. I’ve been doing the full Aero Thing, glass effects and so forth, and I’ve really enjoyed it. The transparency is a nice effect (though not the Earth-shattering ordeal it was built up to be in Vista) and the overall interface looks really polished, particularly the gadgets that are available for the desktop. Which might be why there are so few. I found the gadgets library to be clunky and hard to navigate, but the handful of gadgets I did decide on were really well put together (though, as a whole, the functionality pales in comparison to that of the Firefox add-on community).

My favorite added feature, exclusive to 7, is Snap. This allows you to quickly and conveniently resize and arrange windows in a really intuitive fashion. Drag a window to the top of the screen and release it there, it maximizes. Doing this at either corner auto-fits the window to occupy 50% of the screen. As soon as you ‘break’ it from this place, it returns to the size it was before. Additionally, this can all be accomplished from the keyboard with Win + Left/Right (Corners) or Up (Maximize). Beyond that, the new Win + Tab feature is gorgeous, and useful if you’re working with a lot of easily distinguished windows.

Not Annoying Me
The one thing that I’ve found insufferable about 7 is that the screen blanks (as in the monitor has no signal) momentarily before I’m polled for one of the now-infamous security override questions. Thankfully, the update to the Security Center means this happens far less frequently, but it’s still annoying. That said, the security issues are far less obnoxious, and as a whole, 7 is pleasant to use. A huge component of this is how damn fast it is. I know that part of this is my hardware, but another big component is that the folks at Microsoft didn’t up the system specs from what Vista asked for. So they’re able to deliver a vastly superior user experience with the same resources they had three or four years ago.

I for one, am grateful. Yes, it was stupid that Vista had to be endured for the intervening years after XP, but 7 really delivers on the promise of a next-gen operating system that takes full advantage of current hardware while still ensuring smooth and seamless functionality. Thus far, I’ve had no system hangs, blue screens, or other catastrophic breakdowns as far as the OS is concerned.

I’m pleased as can be with Windows 7. For once, it actually paid off to be on the ground floor of a Windows OS launch!