So I’m trying to graduate from university, and that’s going on, taking time, etc. Among all that though, I’m doing my best to stay up on some music. Quite a few albums came out in the last month or two, and I wanted to weigh in on a few of them here. 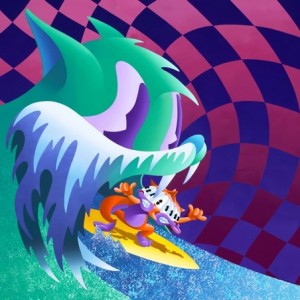 So it’s not really what I expected. I don’t think it’s what practically anyone was expecting. Honestly, I don’t fully comprehend the driving force behind the MGMT hype, however. Their debut album had some high points, but I guess in my heart of hearts I don’t believe they’ll ever write a song that’s better than ‘Kids.’ In a deftly intelligent move it appears they won’t even be hanging around in a similar sonic genre to their earlier work.

Problem is, even with different scenery, I still have the same gripe about MGMT as I ever did: They write a few stand-out tracks and bubble-wrap them with little pockets of vacuous music I don’t care about. Their albums lack a cohesive element that I really notice missing. ‘Flash Delirium’ is a great song, and even-later-in-the-album ‘Brian Eno‘ makes me want to root for these guys, but the other stuff, particularly the title track, just leaves something to be desired. 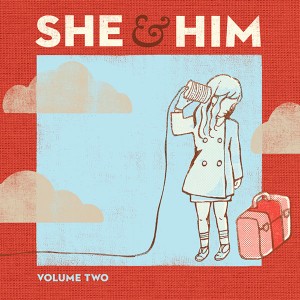 She & Him
Volume Two

With little to no exposure besides seeing Zooey Deschanel in movies, and know about Matt Ward’s association with the Monsters of Folk, I jumped into this record and was pleasantly surprised. It’s really quite pleasant music, which seems to be kinda rare these days. Hearkening back to an earlier age, to be sure, Volume Two is like a mild sedative: puts you at ease after just a little while, but can put you to sleep if you’re not careful. Tracks to pay attention to are ‘In the Sun,’ ‘Don’t Look Back,’ and ‘Over It Over Again‘. These were my favorite parts of the record, and they’d be well suited with about 6 or 7 of the other tracks in there, but as is the other material blends together a bit too much for me to fully get behind this work as top-tier.

For sure, give it as listen. It’s harmless, and hardly off-putting, but if you’re looking for the drive of the better tracks, you’ll need to sift through a lot of material to find it.

Over It Over Again - She & Him 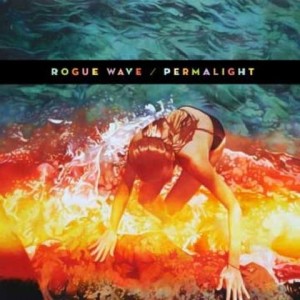 I knew nothing about Rogue Wave except that I saw them open for Death Cab for Cutie in the summer of 2008 and that I did not hate their set. I looked into Permalight because it had a cool name, and I thought their earlier track ‘Publish My Love’ was pretty decent. The album frustrated me because there are such glimpses of potential, but most of them go unrealized. With no context, I’m not sure if that’s a phenomena limited to this album, or if I’d say that about most of their work. A few tracks, ‘Solitary Gun’ and ‘I’ll Never Leave You’ in particular, sound too much like Ben Gibbard vocals rip-offs, layered over songs Ben would never lend his voice too. They’re irksome, but not deal-breakers.

The other irritation is there are just a few bad songs floating around in there. ‘You Have Boarded’ with its brash bravado and obnoxious key change destroys any emotional impact that quiet, brief, but well-crafted epilogue-track ‘All That Remains’ could have had. ‘Stars and Stripes’ is similarly devoid of anything interesting, with so many layers of gimmicks that you just want it to end so you can hear yourself think again; too much! I’ve griped enough though; parts of the album I really did enjoy.

Solid tracks include ‘Permalight’, ‘Fear Itself’, and ‘Right With You’. They have catchy hooks that’ll get stuck in your head, and they don’t reach higher than the band can deliver on. The only think holding these songs back is a bit of overproduction, but not to the point that they’re unlistenable, as mentioned above. ‘We Will Make a Song Destroy’, and ‘Good Morning (The Future)‘ are by far the best that Rogue Wave have to offer on this LP. The latter would have been a better opening than ‘Solitary Gun’, but does well as the second track on the record with maybe the most interesting melody. ‘We Will Make a Song Destroy’ is the boldest track on the album, and in spite of the goofy lyrics, sounds like a rock song. Here the band takes some of their biggest risks, but instead of making them look like idiots (see above), it works quite well.

I’m willing to admit I might have been asking for the wrong things from Permalight, but that said, it was not an entirely wasted venture. Fans of the band should be proud of the effort, and I cautiously would recommend it, but I’m already looking forward to what these guys can do with a little more time.

Just wanted to cover some ground to make up for lost time! In the next week or so, look for Spoon, Shout out Louds, and the National.